If you are here, you probably already know that I visited the dentist last week, due to my FB updates. There, I informed my stalkers that I'd been convicted of negligence of my local tooth doctor of choice and my sentence was that I'd need a crown; the jury was still out on whether I deserved a root canal as well.

A mere five days later, I returned to the courtroom to receive final sentencing.

I don't consider myself to be afraid of dentists. I mean, I don't ENJOY going, but I've never loathed it either. But after praying for thirty minutes that God would spare me from the root canal (and the hefty fine it would involve), I got to the office and found myself nearly paralyzed and glued to the seat of my car.

Once inside, I waited about 15 minutes before they took me back. Not ideal when you're feeling the way I was.

When they did bring me to the chair of death, they said they'd received my message asking whether I could trade my sentence for a simple removal of the tooth in question, and so they inquired as to whether I'd made a final decision about that. THAT was when the tears started. And wouldn't quit for some time.

Something about permanent damage to my body gives me the heebie jeebies. Y'know, scars, broken bones that don't heal right, amputation, diseases that you will never heal from... and especially on this day, tooth pulls. I also get the heebie jeebies when you talk about or perform a grinding motion on bone. Especially MY bones. This includes everything from the tooth exfoliation everyone is subjected to during a routine check-up to the prescribed crown procedure. So THAT made me cry. So did being alone. So did the helpless feeling I had - am I doing the right thing? It's SO much money! Have I asked the right questions? Have I answered theirs correctly??

Finally I told the nice lady through my tears that I wanted to see if they could fix my tooth.

I was totally self-conscious - there were LITTLE girls in the neighboring chairs and *I* was the one in tears. The bewildered head dentist came in and gave me a very nice pep talk about how it wouldn't hurt any worse than a regular filling and I shouldn't worry about that. They went through all the preparations leading up the part where they clean out the old filling and the decay and see how much damage they're working with. Then they got to work. Remember what I said about grinding on bone? Yeah. *shudders* So I was kind of distracted. But I remember hearing "I hate to say this, but..." and "The walls are good and strong..." over the squealing of the machinery in my mouth.

At last, he had mercy on my face and leaned back. "Well, it looks like we were wrong last week. You just need to get this one refilled. I mean, it's a BIG cavity, but that's all it is. Everything around it is healthy and totally salvageable." I started crying again.

It hit me quickly, as it has before, the shock of a prayer unprayed answered nonetheless. They'd told me I would absolutely HAVE to get a crown. No question. I'd accepted that as fact and didn't bother asking God about it... only the possible root canal.

I was thinking about it this morning and wanted to share something. I hadn't been shocked, for some reason. RELIEVED, to be sure, but not shocked. Like, "Well, yeah. He's Dad. Of course He could fix it." But He only *could* have. God answers prayers with "No" all the time. Eventually Grandpa does die, no matter how hard you pray for him. Sometimes we and those we love suffer for sin, despite tears and prayers for relief. And obviously the hundreds of people praying that their team would win can't always get a "Yes" when there are hundreds of other people praying for their OPPOSING team.

It would not have been any less gracious of God to see that I needed some financial hardship, some pain, some humbling, some empathy... or perhaps that I needed to be at a certain place at a certain time related to my crowning. I'd never have known. But sometimes the grace of God doesn't have to wait five years to be evident. And I'd like to publicly thank Him for the relief of kindness and grace undeserved that shines clear in the now. 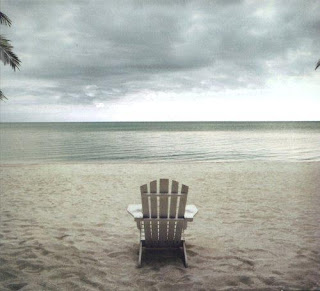 Posted by learning beautiful at 11:47 AM

learning beautiful
Learning... learning what "beautiful" is... learning to be beautiful. ikeeptryintolooklikeme